Last week and the previous weekend, I was at the biggest gathering of primatologists EVER. It was mostly very fun, and very amazing. And very tiring.

This was my first conference in which I live-tweeted, which was a lot of fun! I also got to meet some of my "twitter friends." Whale biologist Shane Gero (who presented in a symposium on the convergence of whales and primates) put together a pretty cool sociogram of the IPS/ASP twitter network.


At Chimps in Context, I presented an e-poster, Socio-behavioral Convergence of Female Affliative Behaviors in Pan and Ateles. Frans de Waal liked it, so I think it was a success :) 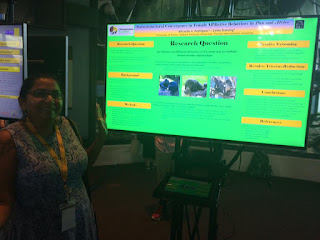 Thanks to Alex Georgiev for taking the pic!

At the IPS/ASP meetings, I had a podium presentation on Grooming Networks in Captive Chimpanzees and Bonobos. 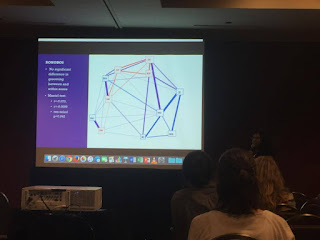 Thanks to my co-author Emily Boeving for taking the pic!


Here are some of my big take-aways from both meetings: 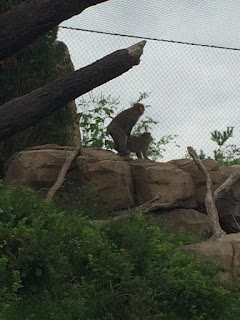 Macaques at Lincoln Park Zoo during Chimps in Context

Posted by Michelle Rodrigues at 2:17 PM No comments: